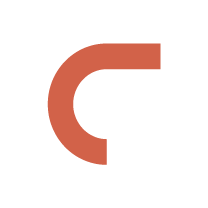 Around the mid-nineteenthcentury, during the Romantic era, the educated French bourgeoisie began to show an interest in the “vocal poetry of the rural people”.

The word “folklore” was used by collectors to designate habits and customs in rural communities. It was during this period that George Sand, the well-known author renowned for her so-called rustic novels, brought Frédéric Chopin to listen to bourrées and the traditional dances of Berry, played on bagpipe and hurdy-gurdy.

Regionalist and nationalist ideologies began influencing this movement at the end of the nineteenth century. The first folk bands were created, striving to revive traditions which, already at that time, were considered to be endangered.

Ethnography and ethnology developed in the twentieth century. Researchers focused on studying vocal music, and later on instrumental practices, and eventually, around the mid-twentieth century, on dances.

Collectors intensified and developed their research during the 1970s throughout the revival movement. These investigations brought to light forgotten traditions and instruments such as épinette des Vosges and chabrette limousine.

This movement popularized folk balls/traditional balls, and these now play an important role in traditional music and dance.