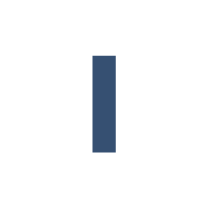 Norwegian traditional music has centuries-long roots and consists of vocal and instrumental music that has served a range of functions, including dance music, ceremonial music, and functions within animal husbandry.

Systematic collection of folk music began during the national romantic movement of the mid-nineteenth century. This was part of a comprehensive effort to collect the living folk traditions of the rural peasant culture with the aim of constructing a Norwegian national identity. A second round of collecting took place around the turn of the century, primarily focused on vocal music. During the twentieth century scholars collected Hardanger fiddle (hardingfele) and standard fiddle music, which resulted in the publication of several volumes of transcriptions.

Both vocal and instrumental music have traditionally been performed solo. The oldest genres of vocal folk music are connected with animal husbandry and include lokk (cattle calls) used by herders. Another older genre, medieval ballads, are part of a pan-Scandinavian repertoire of epic narrative poetry. The genre of folk song known as stev is a form of poetry found in two forms, gamlestev (old stev) and nystev (new stev). Additional vocal genres include religious folk music, bånsull (lullabies), and a range of other folk song forms (e.g., work songs, shanties, broadside ballads).

The oldest genres of instrumental folk music are also connected with animal husbandry, and include melodies performed on traditional wind instruments such as the lur, bukkehorn, and seljefløyte. This music was used to communicate across large distances.

Most instrumental folk music is dance music. Dance music repertoire can be divided into two genres: bygdedans music and runddans music. Bygdedans music is an older genre of dance music, and includes the triple-meter dances springar, springleik, pols, and rundom, as well as the duple-meter dances gangar, halling, rull, and bonde. Runddans music, which includes the dance types vals, mazurka, reinlender, and polka, emerged in Norway beginning in the late eighteenth century.

Older folk music instruments include wind instruments such as lur (a conical wooden tube blown like a trumpet), seljefløyte (a flute made from willow bark without finger holes), and bukkehorn (goat horn). Munnharpe (Jew’s harp) and langeleik (a box zither sounded by a plectrum) are older instruments that have survived in living tradition to the present day.
The hardingfele (Hardanger fiddle) is mainly played in western Norway and the valleys in south-central Norway. Like the standard fiddle, the hardingfele has four bowed strings; however, it also has four or five sympathetic strings, a flat bridge and fingerboard, a shorter neck, and elaborate decoration. The standard fiddle is played mainly in eastern and northern regions of Norway.