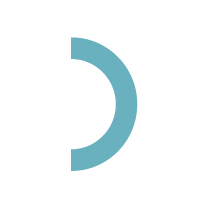 The creation of the Spanish state was a slow process that began in the ninth century and culminated in the sixteenth century with the centralization of power in the Crown of Castile, one of the medieval feudal kingdoms in the Iberian Peninsula. Another kingdom was the kingdom of Galicia, where between the eleventh and thirteenth centuries a new language was developed: the Galician language, the basis of a culture with specific traits that attained worldwide prestige in the field of literature. As a result of the changes in the balance of power in the Peninsula, Galician was gradually excluded from official uses and replaced by Castilian, which became the language of the new ruling class that was to hold power in Galicia for the next four hundred years, while Galician remained the language of the illiterate majority of the population.

The nineteenth century gave rise to a renaissance of the Galician language and culture and was paralleled by the development of Galician nationalism. This initiated a process of linguistic and cultural normalization that still continues today, influenced by the current trend of globalization. This historical evolution helps us to understand that within today’s Spain, Galicia continues to be a region with a marked cultural personality, manifested not only in its language but also in the field of arts, particularly its music and dance.

Galician bagpipe (gaita in Galician) is at present the most representative melodic instrument in Galician traditional music and has even become a symbol of Galician culture as a whole. There are several varieties of the instrument. Other instruments played in Galician traditional music include the hurdy-gurdy (zanfona) and the fiddle, both closely linked to oral narrative genres (romances), and traditionally performed by blind singers. Other melodic instruments such as the transverse flute (requinta) or ocarina can be found in specific areas. Regarding percussion instruments, tambourine and bass drum are the usual accompaniment for gaita music. A very popular variety of percussion is the hand-played tambourine which is used to accompany specific genres of vocal music sung by women.

The variety of genres in today’s Galician traditional music is the result of a long history. Some of these genres, like the vocal alalá, date back to medieval or even pre-medieval times. Others, like waltz, pasodoble or polka are obviously more recent. The muiñeira is a genuine Galician genre, performed both vocally and instrumentally, often accompanied by dancing. Most muiñeiras are in 6/8 time, but there are also interesting examples in additive rhythms, such as 3/4 + 2/4.