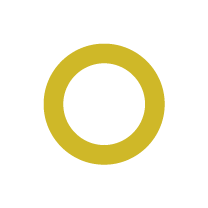 Although we find some information on folk musical instruments related to instruments of ancient Greece as early as the Byzantine Empire period, references become more frequent during the Ottoman period, especially from the end of the eighteenth century onwards. These include wind instruments (various types of flutes, bagpipes, double-reed zournas, etc.), bowed string instruments (different types of lyra, violin etc.), string instruments played via plectrum (oud, laouto etc.), via fingers (kanonaki) and via fingertips (santouri or tsimbalo), as well as a large variety of percussion instruments.

During the Ottoman Empire, the most common musical ensemble was that of zourna (two zourna players and one percussionist playing the daouli). The clarinet appeared starting in the mid-nineteenth century during the Tanzimat period and came to dominate ensembles throughout mainland Greece up to the present day.

After the population exchange between Greece and Turkey in 1923, zourna ensembles remained dominant only in northern Greece, and in central Greece (near Missolonghi). By the end of the nineteenth century, brass ensembles had become prominent in the musical life of northwestern Greece, while accordion and electronic/amplified instruments (such as the synthesizer and electric guitar) marked the modern era.

The great variety of music that can be found at both the local and historical level leads us today to use the term “traditional musics” in the plural form. In addition to the local peculiarities found both on the islands and on the Greek mainland, we must add to the traditional musical expressions those of the Greeks of Asia Minor, Cappadocia and Pontus who emigrated as refugees after the war of 1922. At the same time, we must take into account the cultural exchanges and the important musical borrowings that can be found on the northern and northwestern borders of modern Greece. The musical expressions of Thrace, Greek Macedonia and Epirus seem to be confined to the borders of the modern nation-state and retain the characteristics of earlier common cultural spaces with strong local musical idioms.

Melodic construction of these rather monophonic traditions makes use of modes built on unstable and untempered intervals. Harmony is usually based on parallel melodic lines, and chordal harmony, which appeared at the beginning of the twentieth century, can be viewed as a mark of modernization. Rhythmic constructions are very complicated and are based on various combinations of mixed rhythms (5/8, 7/8, 9/8, 10/8, 11/8, 13/8, 15/8, 16/8) underlining the fundamental role of dance in music performances.

With the involvement of musical instruments in traditional musical expressions from the mid-nineteenth century onwards, professional musicians dominated, the majority of whom, in mainland Greece, were gypsies. Live performances in public spaces (festivals, weddings and feasts of various occasions) incorporated, in addition to music, dance, which constituted a dynamic social and poetic dialogue between musicians and audience. At the same time, from the mid-1920s, the recording industry and then radio increased their diffusion, strengthening the musical economy of traditional musical expressions, while at the same time establishing nationwide versions for the needs of the population of large urban centers.

However, strong local identities, also defined by music, remained in many cases durable and attractive, confirming the strong position of traditional music in both social expressions and political relations between center and periphery.